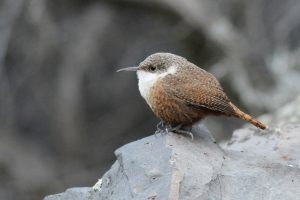 Hopefully we can soon meet safely in socially distanced groups. Until then, here’re some ideas for February. How about an adventure along the Columbia river into Oregon? Take Hwy 12 and instead of turning north to Tri-Cities, stay straight onto Hwy 730 and head south along the river. Here’s a list of suggested stops, which could make for one long day, or several shorter trips.
Two Sisters: If you’ve never explored the Two Sisters rock formation it’s worth a stop. The pullout is several miles past the Hwy 12/730 and on the left. A short hike up to these basalt formations gives you beautiful views of the area.
Port Kelly: Take the first turnout past the small pleasure boat marina. Get out and pan the river for Loons, Grebes, various ducks and geese. Also check out the trees and sage for golden crown sparrows and varied thrush. Scan the cliffs with binos for Peregrine falcons.
Juniper Canyon: About six miles past Port Kelly, this is a great spot for a hike of an hour or so. Look for a small pullout to the left immediately past a marshy wooded canyon area that extends south of the road. The trails take you past huge ancient Sage and Juniper, wetlands and Cottonwood groves. The songs of Canyon and Rock Wrens can be heard echoing off the canyon walls, and in late February you may be lucky enough to find a Rail or Sora skulking in the tall reeds.
Hat Rock State Park: After you leave the cliffs of Wallula Gap area, watch for a hat shaped basalt formation towards the river, and take the exit to Hat Rock State Park. This wooded and grassy park has many acres of trails to explore, as well as a lagoon filled with waterfowl. Swallows and other early migrants could show up here in February.
McNary Dam: Before entering downtown Umatilla, look for the sign to McNary Dam. Head down to the river and park immediately below the dam at Spillway park. Scan below the spillway for various waterfowl and gulls. A bit to the west, between the dam and the I82 bridge, lies the McNary Wildlife Nature Area. Here you will find many trails that meander through natural habitat and ponds. Who knows what could show up here as spring unfolds?
In any case, have fun, stay safe and hopefully we can soon see each other in person! 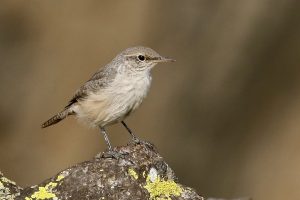