December 20, 2020 was a rainy day but it did not deter folks from getting out and counting birds in their areas. 40 hardy counters and 3 feeder watchers found 74 species of birds on count day. Killdeer and Hairy Woodpecker were missed on count day but were seen count week for a total of 76 species which is average for this count.
Starlings were the most numerous at 14,151 which broke the record set in 2018. The many acres of vineyards provide food for these birds all winter. American Robin numbers very low with only 200 counted. Varied and Hermit Thrush number are also very low this year. Western and Mountain Bluebird were very nice finds – and the folks doing Bennington Lake produced the only Townsend’s Solitaire and Northern Shrike. Two Say’s Phoebe were found in west College Place – these birds overwinter in small numbers.
Three Anna’s Hummingbirds this year – in 2018 six were counted.

Many thanks to those of you who participated in the CBC – Sue from Prosser and Bob from West Richland who come every year – as Sue said “It doesn’t feel like Christmas unless I come over for the CBC”.

Hopefully next year we can invite more participation and carpool again. 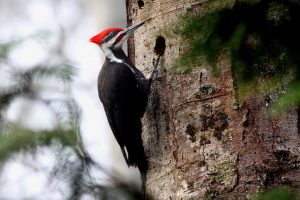