Waitsburg photographer, Bill Rodgers, will show some of his favorite landscape photographs of southeastern Washington and northeastern Oregon during his presentation. He will also share a few favorite scenes from the Colorado Plateau, Alaska, the Rocky Mountains, and Death Valley. Bill will describe the scenes, and share stories of the circumstances of some of the images shown, and will be available to answer questions about the creative philosophy and approach he employs while stalking what he calls “The Magnificent Image.”

Bill graduated from Whitman College in 1970 with a degree in Biology, and received his degree in Geology from the University of Washington in 1978. He has been an avid landscape photographer since 1969, when he bought his first “real” camera.  After a career of ten years in the mining industry, and 30 years as an environmental consultant, Bill retired to the Walla Walla area and began full-time pursuit of a second career as a fine arts landscape photographer.  Bill moved to Waitsburg in 2016, where he offers landscape photography workshops as the founder/owner of the Waitsburg School of Landscape Photography (www.WaitsburgSLP.com).

Bill’s work has hung in the Utah Museum of Natural History, and has been featured in Washington State Magazine, and The Waitsburg Times.   He was the editor of Volumes 1 and 3 of Blue Mountain Land Trust’s landscape photography books titled “The Blues”, and one of the two Chief Photographers for Bob Carson’s magnificent contribution to “The Blues” series (Volume 4).  Bill is currently working on Volume 5 of “The Blues”, which will focus on John Day area landscapes.  Bill will be the featured 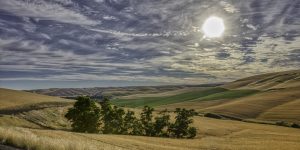 artist at the Wenaha Gallery in Dayton next May. 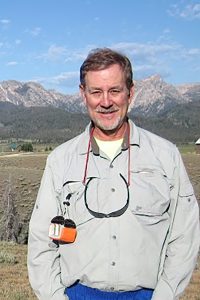 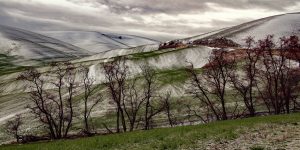